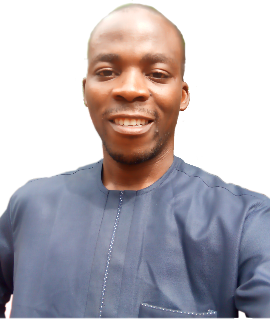 Quercetin is a plant derived flavonoid that is widely consumed as an antioxidant health supplement. Quercetin has been reported to possess both antioxidant and pro-oxidant effects. Human exposure to Lead (Pb), an inorganic heavy metal pollutant, is well documented and are often associated with toxic manifestation such as impairment in cognitive development, anemia and death. Pb has been previously reported to distort the architecture, polarity and fluidization of the Red Blood Cell (RBC) membranes. Pb can also trigger oxidative damage to RBC constituents and membrane by suppressing several components of the RBC’s antioxidant system including the reduced glutathione (GSH) and the reduced nicotinamide adenine dinucleotide phosphate (NADPH). Such effect enhances the accumulation of ROS within the RBC thereby triggering oxidative damages to RBC membrane with subsequent hemolysis of the RBC. In this study, we investigated the effect of quercetin treatment of isolated human RBC under conditions of Pb-exposure. Isolated human RBC (1 %) was pretreated with Quercetin (10 µM) and then incubated with Pb Acetate (1.5 mM) at 37 oC for 3 hours. Hemolysis was subsequently determined spectrophotometrically in the RBC-free fractions. Our study revealed that the pretreatment of isolated RBC with quercetin prior to Pb-exposure enhanced Pb-induced hemolysis in a synergistic manner when compared to the Pb-exposed RBC that were not pretreated with quercetin. We proposed that the Pb-induced suppression of the RBC’s antioxidant system possibly impaired the ability of RBC to recycle oxidized quercetin. This would have subsequently led to the accumulation of potentially toxic quercetin quinones, quinone breakdown products and other redox active cellular by-products that could have potentially contributed to the observed stimulation of Pb-induced hemolysis. Our study presents additional evidence that suggests that the characteristic constituent of cellular environments determines the actual biological activity of quercetin. Further studies are needed to unravel the detailed mechanisms and the clinical implications of this finding.

Mr. Umeoguaju acquired his B.Sc and M.Sc degree in Applied Biochemistry at the Nnamdi Azikiwe University Awka, Nigeria, in 2008 and 2014 respectively. He has worked as a Laboratory Scientist at CLS Research Laboratory, Awka, Nigeria for over 7 years during and after his M.Sc. degree program. He is currently a PhD Student of Nutritional Biochemistry and Toxicology at the World Bank African Center of Excellence in Public Health and Toxicological Research, University of Port Harcourt Nigeria. He has published about 4 articles in SCI(E) Journals. His PhD research is focused on the effects of flavonoids in  conditions of Pb-induced toxicities.