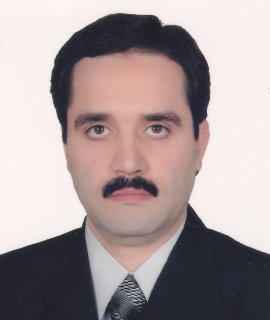 Title : Molecular Insights into the Microtubules Depolymerizing Activity of the IL-8 Receptor B Antagonist SB225002

OBJECTIVE: We have previously reported the novel off-target microtubules destabilizing activity of SB225002, a compound that was originally designed as a selective and potent IL-8 receptor B antagonist. In the present study we investigated the reversibility of SB225002 antimitotic effect and provided additional mechanistic insights underlying cell death induction in SW480 human colorectal adenocarcinoma cells.

CONCLUSIONS: Findings of the present study warrants further development of SB225002 as a lead compound that uniquely targets microtubules dynamics and IL-8 signaling.

Dr Goda is a Ph.D. holder from the Graduate School of Medical Science, Kyoto Prefectural University of Medicine (Japan), a former senior research associate at Korea Research Institute of Bioscience and Biotechnology (South Korea), and currently an associate professor at the Department of Pharmacology and Toxicology, Faculty of Pharmacy, Tanta University (Egypt). Dr Goda's research interests are focused on characterization of the molecular mechanisms underlying the novel/off-target anti-tumor activity of different agents which may be natural products, drugs in clinical use or synthetic compounds, with the aim of introducing novel anticancer agents and/or developing mechanism-based novel combinations which enhance apoptosis of cancer cells. Dr Goda has served as a peer reviewer for a number of international journals including Biochem Pharmacol and Pharmacol Res. Dr Goda participated in several international conferences/symposia, and has received the (Japanese Cancer Association Travel Grant for Excellent Paper) during the 2014 annual meeting in Yokohama. Dr Goda has also been awarded the (Young Scientist Award) from Kyoto Prefectural University of Medicine (Japan). Dr Goda has a publication record of 21 papers in reputable international journals, and his papers have gained over 650 citations with an H-index of 12 [https://scholar.google.com/citations?user=iG7wE28AAAAJ&hl=en&oi=ao]