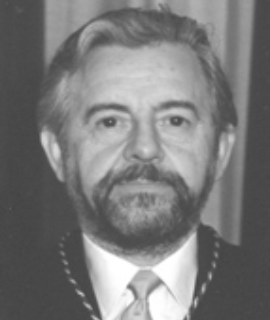 Metallothionein is a biomarker in living systems principally for us humans, intracellular reducing agent also in defense for environmental pollution (high levels in mines workers in China have absence of pathology) and for the presence of heavy metals as cadmium, mercury and lead among others. On the other side Mytilus edulis is a water-sea sensor of pollution with high levels of MT and essential mineral ions, which is extensively produced and important economic product in the autonomous region of Galicia on the Nord-West coast of Spain for local use and to export, and also for the Cantabria north coast of the Iberic Peninsula. MT is a low molecular weight protein (7 kD), without aromatic amino acids, and the 30% of the amino acid residues are cysteines, which allows it to bind both positive essential mineral ions (Fe, Zn, Ca, Cu, etc.) as well as toxic heavy metals (Cd, Hg and Pb as others). Which in turn shows a great affinity for thiol groups (-SH). Cadmium concentration in environmental pollution of Ecosystems is increasing and must be evaluated in order to establish the risk assessment in human health. The thermal stability and the great affinity of MT to Cd2+ ions are due to the high number of negative thiol = -SH ligands and to the final globular structure. Its chemical characteristics allow the purification and isolation after homogenization, heating the extract, centrifugation, filtration and posterior determination and quantification by capillary electrophoresis. This is a rapid and reproducible technique to establish the MT concentration in biological samples

Doctor of Pharmacy and Bachelor of Medicine and Surgery. Specialized in France in the Department of Pharmacology in Pharmacological Techniques; and at the SACLAY Atomic Energy Commissariat with Radiobiology courses; and User of Radioelements; and co-hired at the Fontenay aux Roses center in 1963-1964. Humboldt researcher at the Max Plank Institute of Biochemistry in Munich from May 1969 to December 1972. He introduced courses in Neurochemistry in the Faculties of Pharmacy and Medicine of the Complutense University of Madrid, and in Toxicological Biochemistry in the Pharmacy. He is an academic of the Royal National Academy. of Pharmacy, of the Institute of Spain, and of the National Academies of Argentina, Brazil, Peru, of Medicine of the Balearic Islands, and of Technology and Humanities of Valencia. Associate Professor en the Physical medicine and rehabilitation end Head Area Environmental Toxicology.