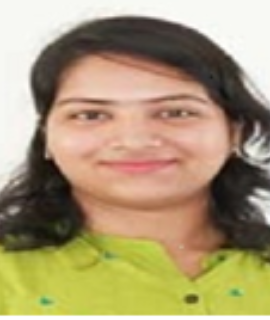 Various non-physiological effects ranging from disease to death may occur from direct contact of noxious agents to eyes, skin, and lungs as these agents are utilized globally for crowd dispersal and for women self-defensive purposes. However, defence personal uses such agents in unruly situations but figuring out the hazardous effects of such agents is an utmost importance to utilize these agents without causing life-threatening effects. Considering above, a combinational formulation was designed by incorporating an irritant (oleoresin capsicum, OC) and a foul-smelling (tryptophan metabolite) to disperse rioters without causing toxicity. Optimization and characterization of the formulation has already been accomplished. For this study, female Wistar albino rats were chosen and assigned into test (formulation exposure) and control groups to explore the cardiopulmonary consequences. Parameters such as respiratory variables by head neck plethysmograph, cardiac parameters by electrocardiography (ECG), in-vivo biodistribution of formulation in cardiopulmonary region, various biomarkers and biochemical parameters have been explored post-exposure to formulation. Study revealed changes in lung and cardiac parameters post formulation exposure as rats exhibited insignificant changes in ECG and blood pressure as compared to control rats. Biodistribution study showed formulation retained for 15 minutes in cardiopulmonary region but insignificant changes in other parameters were noted in test group as compared to control group which signifies the non-toxic nature of the formulation. Results suggest that developed emulsion formulation did not exert any major cardiac and pulmonary alterations as evinced from the above-mentioned study reports, which provide scientific relevance in cardiopulmonary safety aspect.

Miss. Sanghita Das studied M. Pharm in pharmacology at the Maulana Abul Kalam Azad University of Technology, West Bengal and graduated in 2017. She then joined Department of pharmaceutical technology, Defence Research Laboratory, Tezpur, Assam, India as Junior Research Fellow in 2017 in a project under Dr. Pronobesh Chattopadhyay and registered in PhD program under Prof. Achintya Saha at Department of Chemical Technology, University of Calcutta, Kolkata, India in 2019 in collaboration. She has all total of 1 book chapter and 4 research articles in SCI(E) journals having first and co-authorship and 3 more papers are in pipeline.