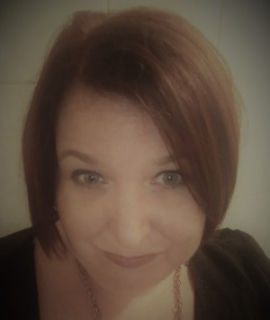 Title : Hair Analysis for Psychoactive Substances: Is the Future Bright?

According to data provided by the European Monitoring Centre for Drugs and Drug Addiction (EMCDDA), more than one quarter of adults (aged 15–64) in the European Union have used an illicit drug at least once in their lifetime. Advances in the sensitivity of analytical techniques have enabled analyses of substances of abuse in alternative biological matrices such as hair. Hair analysis is a reliable tool for detecting long-term exposure to illegal drugs over a period from a few weeks to a few months, depending on the length of the hair used for analysis. It is preferable as a biological sample for many reasons: hair is collected in non-invasive way, illicit substances stored in hair are very well preserved over the time and it is unlikely to be adulterated or replaced, which often is the case with urine. Unlike blood or urine sampling, it is possible to re-collect a sample representing the same time window in the case of suspicions regarding sample validity. The unambiguous identification of a specific substance must be carried out by a combination of chromatographic and mass spectrometric techniques able to distinguish among similar structures and detect low substance of abuse levels in hair. In recent years, public health concerns have been raised around the use of new psychoactive substances (NPS). At the end of 2020, the EMCDDA was monitoring around 830 NPS. The number of NPS, their chemical diversity and potency as well as the speed of their emergence make this group of compounds very challenging in terms of detection in biological samples including hair. The analysis of hair to detect drugs of abuse is performed in various contexts, including workplace drug testing, court cases, and abstinence control programs. Since 1999, over 1900 hair samples were analyzed using gas chromatography-mass spectrometry (GC-MS) at the Institute for Medical Research and Occupational Health, Croatia for the presence of methadone, cocaine, heroin, codeine, morphine, and amphetamine-type stimulants. A total of 20% of the tested samples were positive for one or more drugs of abuse. Ecstasy and cocaine were the most frequently detected substances. In this lecture, main drawbacks in hair analysis such as false-positive results and the high cost of analysis as well as challenges in NPS detection will be also discussed.