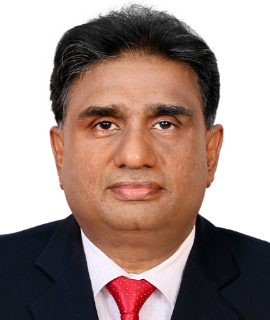 A mysterious form of chronic kidney disease (CKD) prevails in epidemic proportions in certain geographical regions of Sri Lanka. A similar clinical entity is world-wide reported. In Sri Lanka, apparently heathy individuals including a substantial proportion of younger people in their twenties living in rural communities become ill with non-specific symptoms. Following clinical investigation patients are diagnosed with compromised renal function without evidence for common conventional causes such as hypertension and diabetes as well as immunological nephropathies.   Without appropriate supportive renal replacement therapy these patients deteriorate rapidly and succumb to death. Renal replacement therapy (RRT) is carried out extensively in these patients but prognosis is unfavorable.  In spite of number of research studies during the last three decades, the pathophysiology of the disease is not yet clearly understood. Therefore, optimum patient management is hampered whilst meaningful public health interventions to curb the disease are hindered. Consuming excessive fluoride contaminated water has been reported as an association with CKDu in number of studies.

For this conference the firm evidence for negatively modifying role of fluoride in CKDu patients are presented.

Clinical progression of twenty-four Chronic kidney disease of unknown aetiology patients from endemic region in Sri Lanka with post mortem analysis of their tissues and the analysis of water they consumed for lead cadmium and fluoride are described. Relevant clinical histories, and logically selected contaminants in bone and kidney tissues of deceased and in the water consumed by the patents were discussed. Analysis reveal significantly higher skeletal deposits of lead and fluoride in the tissues and drinking water consumed by them. Chronic exposure to lead may be the primary toxin which progressively lower the Glomerular filtration and at a certain point fluoride retention may further deteriorate the failing kidney to end stage renal failure. The observed clinical syndrome where patients more rapidly evolve to chronic renal failure as compared to renal diseases with conventional underlying etiologies is also explained by the above phenomenon.

Dr.Ananda Jayalal is medical graduate and specialized in public health management, food safety, Environmental Health, Toxicology. He became the Director and Deputy Director General in the Environmental health and Occupational health Unit of Ministry of Sri Lanka. He earned MSC and MD in Health Services Management from University of Colombo. He has undergone training in Environmental Toxicology in Chulabhorn University. He obtained postgraduate certificate in Paedidiatric Nutrion from Boston University. He involved research on chronic kidney disease of uncertain etiology which was prevalent in epidemic proportions in some parts of Sri Lanka. Similar disease outbreak reported globally. He has published more than 20 research papers.