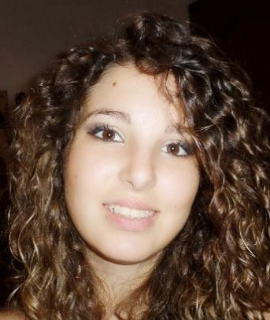 Title : Evaluation of the toxicological effects of the mycotoxin sterigmatocystin on human neuroblastoma SH-SY5Y cells

Mycotoxins are low molecular weight toxic secondary metabolites produced by filamentous fungi, mainly belonging to the genera Aspergillus, Fusarium, Alternaria and Penicillium. Currently more than 300 mycotoxins have been identified. Sterigmatocystin (STE) is a mycotoxin produced mainly by filamentous fungi belonging to the genus Aspergillus. It has been reported to occur in grains and grain-based products, cheese, green coffee beans, spices, nuts and beer. STE has been shown to be hepatotoxic and nephrotoxic in animals and it has been classified as possible human carcinogen (group 2B) by the International Agency for Research on Cancer (IARC). Due to the too limited STE occurrence data in food and feed, no reliable human and animal dietary exposure assessments could be identified, as well as no safe levels in food are known. However, there is an increasing awareness of the importance of establishing a better risk assessment for this mycotoxin. Our research group evaluated the toxicological effects associated to STE exposure in human neuroblastoma SH-SY5Y cells. Our results demonstrated that STE decreased cell viability in a time- and concentration-dependent manner. Moreover, exposure of SH-SY5Y cells to STE revealed cell cycle disruption, increased DNA damage and oxidative stress, which could be related to apoptosis cell death. Additionally, the efficacy of the intracellular defence system (enzymatic and non-enzymatic) against oxidative stress was evaluated, observing a decrease in glutathione levels, as well as in the activity of the enzymes glutathione peroxidase, glutathione transferase, catalase and superoxide dismutase, which suggested that SH-SY5Y cells were not able of counteracting the oxidative stress induced by STE. Finally, considering that cytotoxic effects observed in conventional two-dimensional (2D) cell cultures often do not adequately resemble the complexity of the microenvironment in vivo, the effects of STE on processes such as proliferation, oxidative stress, apoptosis and DNA damage induction were evaluated in 3D spheroid model of human neuroblastoma SH-SY5Y cells and compared with the effects observed in monolayer SH-SY5Y cell cultures. The results obtained confirmed the cytotoxicity of STE and its ability to trigger apoptosis, oxidative stress and DNA damage on SH-SY5Y cells in both 2D and 3D cell cultures. However, spheroids showed more resistance than 2D monolayer cell culture to the toxic effects of STE, as lower concentrations and exposure times were sufficient to cause toxic effects in the 2D system compared to the 3D system. Taken together, our results highlight the cytotoxic properties of STE and suggest that cell culture models play a pivotal role in the toxicological risk assessment of mycotoxins.

Veronica Zingales, Ph.D., graduated in Biological Science in 2014 and in Sanitary Biology in 2016 at the Faculty of Biological Science, University of Catania, Italy. She acquired Ph.D. in Food Science at the Faculty of Pharmacy, University of Valencia, Spain, in 2021. Currently, she is employed as Postdoctoral Researcher at the Institute of Pediatric Research – Cittá della Speranza, Italy. Veronica Zingales published 13 original scientific papers and attended several international and national scientific meetings. She is a member of few scientific associations.