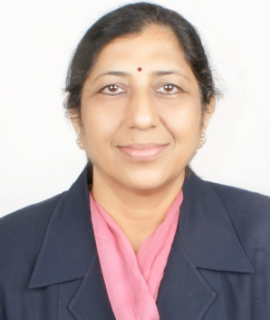 Mehtylxanthines, the bronchodilators introduced 100 years ago by H.H. Salter for asthma therapy were used as first line of therapy for the obstructive airway disease for five decades. They have now reemerged as important adjuncts in the treatment of bronchial asthma and COPD, however narrow therapeutic index and resultant adverse drug reactions (ADR) remains a persistent safety issue associated with their clinical use. Clinical and preclinical studies were conducted to critically evaluate safety issues associated with the prototype methylxanthine, theophylline, in an attempt to device strategies for the safe yet effective use of this pharmacoeconomically viable drug. Clinical studies were conducted to monitor Adverse drug reactions (ADR) in patients of bronchial asthma and COPD who were prescribed theophylline as per standard methodology and causality analysis was done by Naranjo`s scale. The results showed that such therapy was associated with ADRs like anxiety, palpitations, dyspepsia, muscle spasm, paresthesia, etc. The ADR profile revealed that out of 63 patients who were prescribed theophylline, 70% of bronchial asthma and 46% of COPD, complained of one or other ADR. Incidence of anxiety, tremor and palpitation, dyspepsia, spasm of muscles, insomnia, and paresthesia were recorded, and causality assessment confirmed the association of most of the ADRs with the drug. Preclinical studies were then conducted to assess the mechanisms of theophylline-induced anxiety and tachycardia in experimental animals. Aminophylline dose dependently induced anxiety and tachycardia which were not attenuated by adenosine agonists or phosphodiesterase inhibitors. Aminophylline induced anxiety and tachycardia were associated with alterations in the biochemical markers of oxidative stress. Interestingly, pretreatments with the antioxidants, ascorbic acid, α-tocopherol (alone or in combination) attenuated both anxiogenesis and tachycardia in separate sets of experiments. Pretreatments with the antioxidants attenuated the methylxanthine induced changes in oxidative stress markers. These results indicated that oxidative stress could be involved in methylxanthine induced toxicity and antioxidants could act as possible antidotes in such situations. In the final study, clinical trials were conducted in patients of bronchial asthma and the safety and efficacy of theophylline in the presence and absence of ascorbic acid was compared. The results showed that the incidence of adverse effects in the ascorbic acid group was far less as compared to those in the placebo group – thus indicating the protective effects of antioxidants in such situations. Such complimentary clinical and preclinical studies using the translational approach could help in devising strategies for preventing adverse effects and rationalizing drug therapy.

Dr. Kavita Gulati is Director-Professor in Pharmacology at V.P. Chest Institute, University of Delhi. She obtained her Ph.D from the University of Delhi. Dr Gulati has more than 27 years of teaching and research experience in Clinical & Experimental Pharmacology and Toxicology in India and abroad. She is the elected Fellow of IACS, Canada and Fellow of National Academy of Medical sciences, India. She is the recipient of several national awards viz. Achari Prize, Uvnas Prize and the prestigious, Prof. B.N. Ghosh Oration of the IPS. Her research interests are in Traditional Medicine, Translational research in Respiratory Pharmacology and Toxicology, She is the Principal Investigator of several extramurally funded research projects and has published extensively (140 papers) is co-author of several chapters in reference/textbooks of Pharmacology, and co-editor of four books in Pharmacology