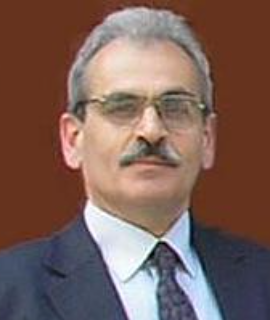 Monitoring studies of degree of environmental pollution concern mostly chemical analysis of the pollutants’ levels not taking into account their effects on animals and adaptation potential of the latter to the impact of toxic substances. Our studies were carried out on the bystranka fish (Alburnoides bipunctatus eichwaldi) dwelling in the rivers flowing through territory of Azerbaijan, having high levels of phenol exceeding three (the Kura and Araz rivers) or four (the Agstafachay river) times its acceptable concentration, and on the sazans (Cyprinus carpio Linne) in laboratory conditions. In the first series of studies, specimens of bystranka were caught in the said rivers and samples of the liver and gills were taken off, and their protein extracts were used as antigens to determine the levels of cytochrome P-450 and serotonin-modulating anticonsolidation protein (SMAP) with indirect ELISA-test. The levels of cytochrome P-450 in the liver and gills of this fish were lower than in the fish of the uncontaminated Hudat river (p<0.001). However, the levels of SMAP in the liver and gills of the fish from Kura and Araz rivers exceeded its level of the fish from the Hudat river (p<0.001), but in the samples of the fish from the Agstafacay river its level was lower (p<0.001). In the second series of studies, specimens of sazan were culled into two groups: 1) positive control group (n=17), exposed to lethal concentration of neonicotinoid insecticide actara (400 mg/L), and 2) experimental group (n=15) whose animals were administered intramuscularly with SMAP (1 mg per 10 g of body mass) and put into container with the same concentration of actara. After 5 days of exposure all animals of the experimental group survived, although in the positive control group just 35% of animals were alive (p<0.001). These data altogether indicate to possessing by serotonergic system of high adaptation potential to the impact of toxic agents at lethal concentration.

Will be Updated Soon...