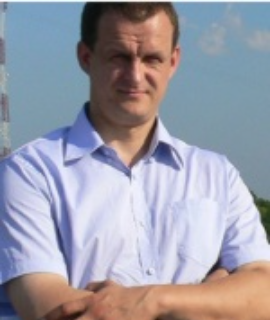 Title : Alteration of Brachionus calyciflorus swimming behavior by cyanopepides: microginin-FR1 and anabaenopeptin-A and microcystin-LR accompanied by decrease of catecholamine activity and degradation of muscle F-actin

Certain strains of cyanobacteria, microorganisms forming water blooms produce toxic secondary metabolites. Although various effects of cyanotoxins in aquatic animals are known, little is known on the effects induced by combinations of cyanobacterial oligopeptides and the explaination of mechanisms of their action in aquatic invertebrates. The aim of the present study was to assess the effects of pure single and mixed cyanobacterial oligopeptides: microginin FR-1 (MGFR1), anabaenopeptin-A (ANA-A) and microcystin-LR (MC-LR) on the swimming behavior and muscle structure, catecholamine release and cell viability of a model rotifer Brachionus calyciflorus. Swimming behavior was analyzed with the use of digital analysis with Tracker® software. Activity of catecholamine neuromediators (dopamine, adrenaline, noradrenaline) release and F-actin filaments was determined by fluorescent staining with EC517 and blue phalloidin dye, respectively. The obtained results showed that the studied oligopeptides decreased the rotifer swimming speed both during exposure to single and to the mixtures of the studied oligopeptides. Isobole analysis showed that binary mixtures of MGFR-1+ANA-A and ANA-A+MC-LR induced synergistic, however MG-FR1+MC-LR additive decrease of rotifer swimming speed. The highest inhibitory effects was observed in rotifers exposed to the mixture of MG-FR1+ANA-A. The results suggest that the cyanopeptide-induced inhibition of Brachionus swimming speed may be mediated by the decreased activity of neuronal catecholamines in the locomotory system and degradation of muscular F-actin. The results also suggest that fluorescent techniques may support behavioral observations in assessment of effects induced by various toxicants in aquatic invertebrates. "The study was supported by  the National Science Centre, Poland, grant No 2019/35/B/NZ9/03249"

(Dr. hab. Adam Bownik studied Environmental Protection at the Catholic University of Lublin, Poland and graduated as MS in 1996. He received his PhD degree in 2004 at the same institution. In 2016 he received habilitaion at University of Maria Curie-Sklodowska in Lublin and obtained the position of an Associate Professor at University of Life Sciences in Lublin. He has published over 60 publications