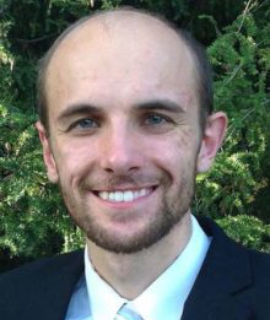 Brandon Lucke-Wold was born and raised in Colorado Springs, CO. He graduated magna cum laude with a BS in Neuroscience and distinction in honors from Baylor University. He completed his MD/PhD, Master’s in Clinical and Translational Research, and the Global Health Track at West Virginia University School of Medicine. His research focus was on traumatic brain injury, neurosurgical simulation, and stroke. At West Virginia University, he also served as a health coach for the Diabetes Prevention and Management program in Morgantown and Charleston, WV, which significantly improved health outcomes for participants. In addition to his research and public health projects, he is a co-founder of the biotechnology company Wright-Wold Scientific, the pharmaceutical company CTE cure, and was a science advocate on Capitol Hill through the Washington Fellow’s program.

He has also served as president of the WVU chapters for the American Association of Pharmaceutical Scientists, Neurosurgery Interest group, and Erlenmeyer Initiative Entrepreneur group. In addition, he has served as vice president for the graduate student neuroscience interest group, Nu Rho Psi Honor Society, and medical students for global health. He was an active member of the Gold Humanism Honor Society and Alpha Omega Alpha Honor Society. He is currently a member of the UF House Staff Council and Positive Culture Committee. He is married to Noelle Lucke-Wold and has two children.  As a family, they enjoy running with their dogs, rock climbing, and traveling.  In his spare time, Brandon frequently runs half marathons and 10ks together with is wife. Brandon also enjoys reading and discussing philosophy and playing chess. He is currently a Pgy4 neurosurgery resident at University of Florida with R25 funding and plans to pursue endovascular training.