This is to inform that due to some circumstances beyond the organizer control, International Conference and Expo on Toxicology and Applied Pharmacology (Toxicology 2020) scheduled during October 1-2, 2020 at Paris, France has been postponed. The updated dates and venue will be displayed shortly.

Your registration can be transferred to the next edition, if you have already confirmed your participation at the event or you can also apply for refund. 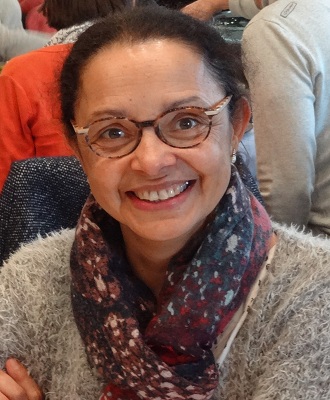 Dr. Dominique Lagadic-Gossmann is a CNRS research director at the Research Institute for Environmental and Occupational Health (IRSET- UMR INSERM 1085), Université de Rennes 1, France. After a Ph.D. in Cell Physiology (Université Paris XI, Orsay), she completed a postdoctoral fellowship at the University of Oxford (UK), in the Department of Physiology (partly as Pensionnaire de la Maison Française d’Oxford). After moving to Rennes (Brittany, France) in 1995, she started to develop research on environmental molecular toxicology. From 2008 to 2011, she was the head of the research unit EA4427 SeRAIC (“Signalling and Responses to Infectious and Chemical Agents”; Université de Rennes1), before being deputy director of IRSET (2012-2016). Since January 2017, she has been leading the Inserm team “Stress, Membrane, Signalling” within IRSET. Her main research deals with the mechanisms involved in the cell responses elicited by carcinogenic environmental pollutants, notably in link with non-genotoxic pathways. Her team has thus evidenced a key role for early membrane remodeling notably in the control of the balance between cell death and survival, with a special focus on metabolic reprogramming. Her work on chemically-induced membrane remodeling was awarded the “Elisabeth Taub (toxicology) prize” by the French Academy of Medicine, in 2013. Her more recent project deals with the impact of environmental contaminants on the pathological progression of liver steatosis. So far, she has published 117 scientific papers (HI = 36; Publons). More information can be found at https://www.irset.org.